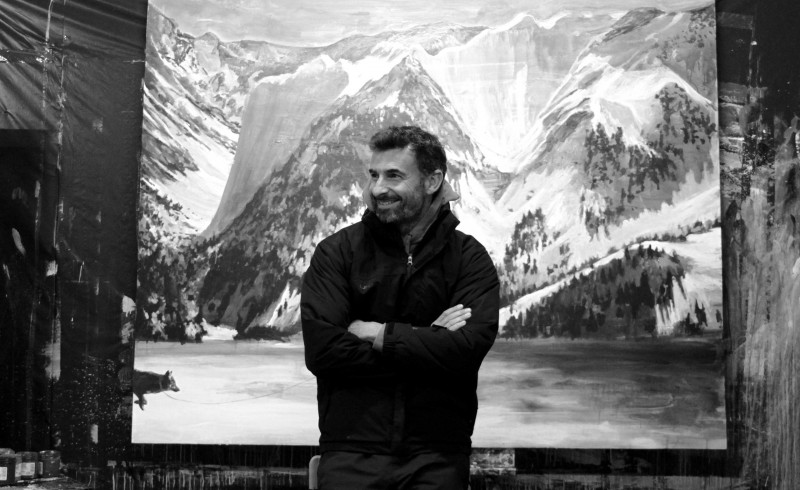 Jorge Hernandez´s paintings collect narrative iconographies from filmmaking reminiscences. Within his paintings direct references to the American noir cinema, Hitchcokian thriller and directors such as Kubrick are noticeably present.

Each work, as if it were a single frame tells a story, and the resinous covering patina encapsulates the scenes while providing a certain veil of mystery and timelessness. The misplaced and de-contextualized elements conforming his woks cause a feeling of bewilderment to the viewer. This is achieved by generating environments with metaphysical tinges and a daydream atmosphere. With  technicolor chromaticism, these works evoke Hollywood scenes. The viewer standing before the canvas seems to be looking at a cinema screen.

With numerous exhibitions behind him, Jorge Hernandez has participated in solo and group shows in Madrid, Barcelona, Seville, San Sebastian… as well as internationally, in countries such as Switzerland. Belgium, England, London, Portugal, France and Brussels. Hernandez has also taken part in a number of contemporary art faris such as Summa Art Fair, ARCO, Just Mad, ForoSur Caceres and the Lisbon Art Fair.

If you are interested in purchasing any of they following pieces or wish to receive information about Jorge Hernandez, please contact the gallery by clicking here. 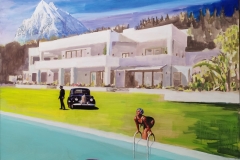