From April 1st to June 1st 2022, Aurora Vigil-Escalera Art Gallery invites you to immerse yourself into the worlds of Moisés Yagües, Víctor López and Carol Solar in an exhibition aptly titled PARALLEL UNIVERSES.

Each of the artists opens the doors to their personal spheres, dominated by color, fantasy, beauty and their own studies. Very different worlds that have a lot in common, inspired by comics and illustration, by fables and fairy tales, by games and imagination.

These three artists unite their distinctive styles to provide a reflection of both reality and dreams. A distorted mirror through which they share their own stories, tinted with feelings, memories and desires, and leaving each viewer to the task of unraveling its meaning by searching inside their,reflection their own story to tell.

The subjective realities of Yagües, López and Solar are governed by an internal logic, different from that of our world. Loaded with symbology and creativity, their magical realism shows us an alternative world in which the unusual is presented as common and the peculiar as wonderful.

Their universes contrasts a longing for childhood with multiple layers of complexity, including references to pop art and social criticism. That is why these incredibly attractive works invite both children and adults to be part of their games and stories. To adopt an attitude towards reality in which nonsense, spontaneity and magic are not only acceptable, but necessary.

During these two months, our space on Capua Street in Gijón is adorned with wonderful sculptures, fanciful installations and figurative paintings that will become the props and settings for a different exhibition, which invites you to explore and discover.

Moisés Yagües (Murcia, 1972) imagines the interior of the human head and body as a place where stories take place, where ideas come to life and take literal meaning. His cartoonish characters, full of energy and tenderness, already cause smiles all around the world due to his exhibitions in Germany, Mexico, Chile, China, the United States and Japan, to name a few.

His admiration for the great masters appears in 'Parallel Universes' through two recreations of works by Mark Rothko and Pierre Mondrian, intervened by his recurring "helpers" who, with their rollers, ladders, scaffolding and paint buckets, strive to finish the art piece. These tiny characters also appear populating a game of Tetris, to which they help to bring order.

Víctor López (Madrid, 1975) presents us with a dream world of vibrant tones, endearing characters and impossible stories. With a figuration very close to illustration and elements borrowed from the Surrealists, López presents us with paintings, reliefs and sculptures full of criticism and irony.

An eye observes the cosmos through a keyhole, a magician plays the galaxy like a juggler, a man lives inside a gigantic crown, light travels through the universe, refracts in love and forms a rainbow, the stories that we listen to nourish our brain from which trees emerge with letters and ideas that take flight… Symbols and allegories overflow in the artist's works, whose delicate atmospheres and intense lighting contribute to building a fantastic space in which everything is possible. A moment taken from a fary tale, from a dream.

Through attractive colors, simple lines and numerous references to mass culture, Solar captures deceptively happy and naive scenes but always with a disconcerting feel, which reflects the infantilization to which our society is subjected contrasted with the seriousness of the times that run. Her acrylics on wood are joined by a fascinating production on paper in which we see the freest use of color, full of geometric patterns and vegetation of South American and Asian influences, which cover the backgrounds in a reflection of the character’s subconscious. Characters that she brings to three-dimensional space through her works with textiles, a format in which her games and sense of humor are combined with material investigations to carry out furniture, installations and sculptures that complement her personal universe. 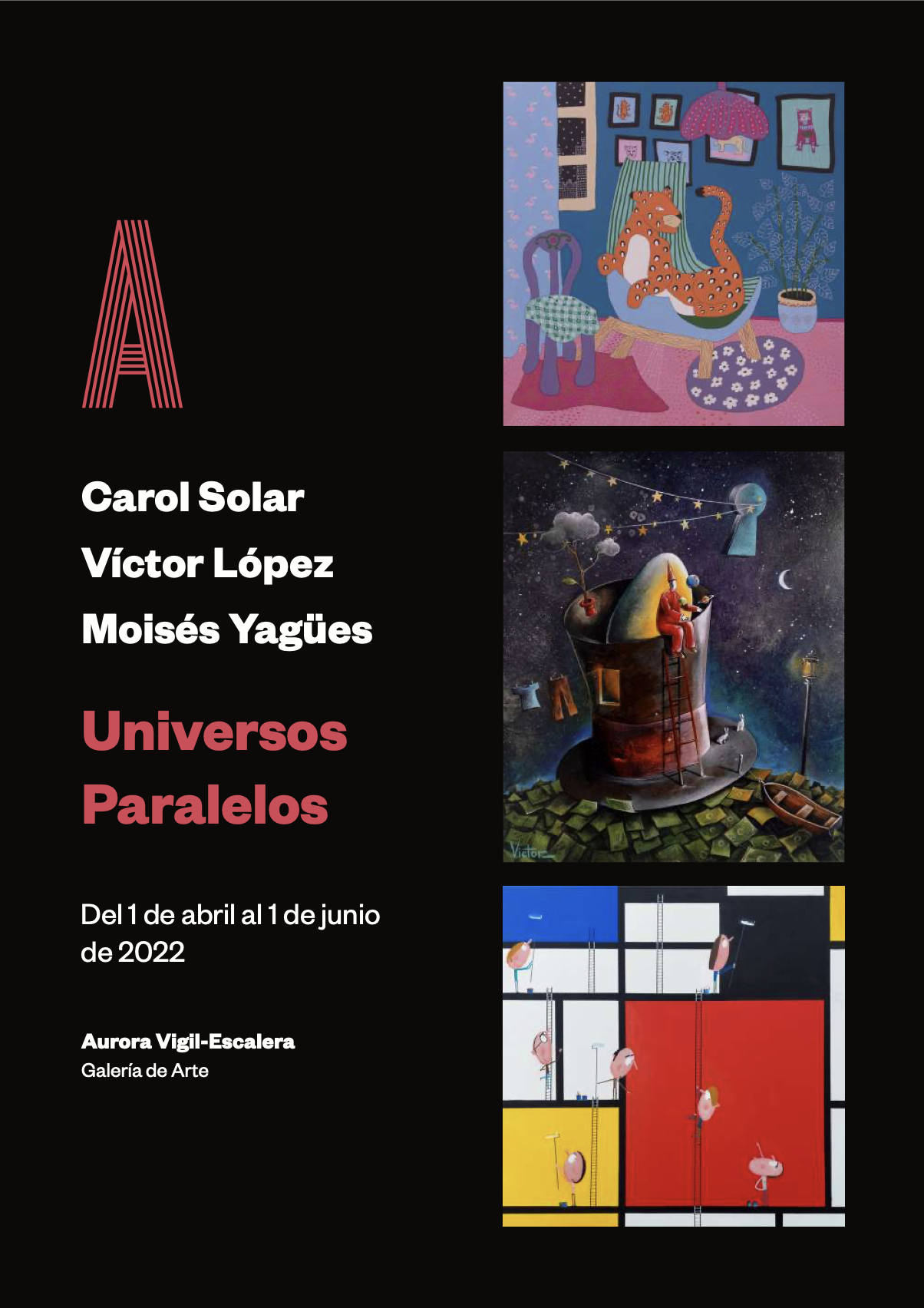