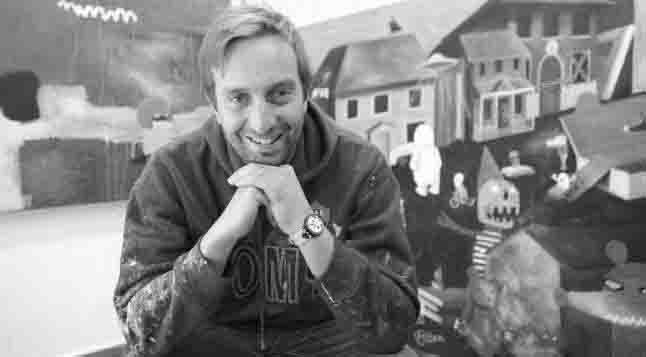 His work is influenced by colorful posters, graffitis, and casual notes. The result are powerful paintings, of dizzying brushstrokes and intense colour. To his credit is also his personal instrumental synthesis and the characters in a highly imaginative world  singularly portrayed.

In some of Plan´s works the artist deals with social issues such as abuse, violence, pollution with childlike Iconographies. Thus, aiming to provide hope to the represented issues with the use of bright and vivid colours in contrast with cold and sad themes.